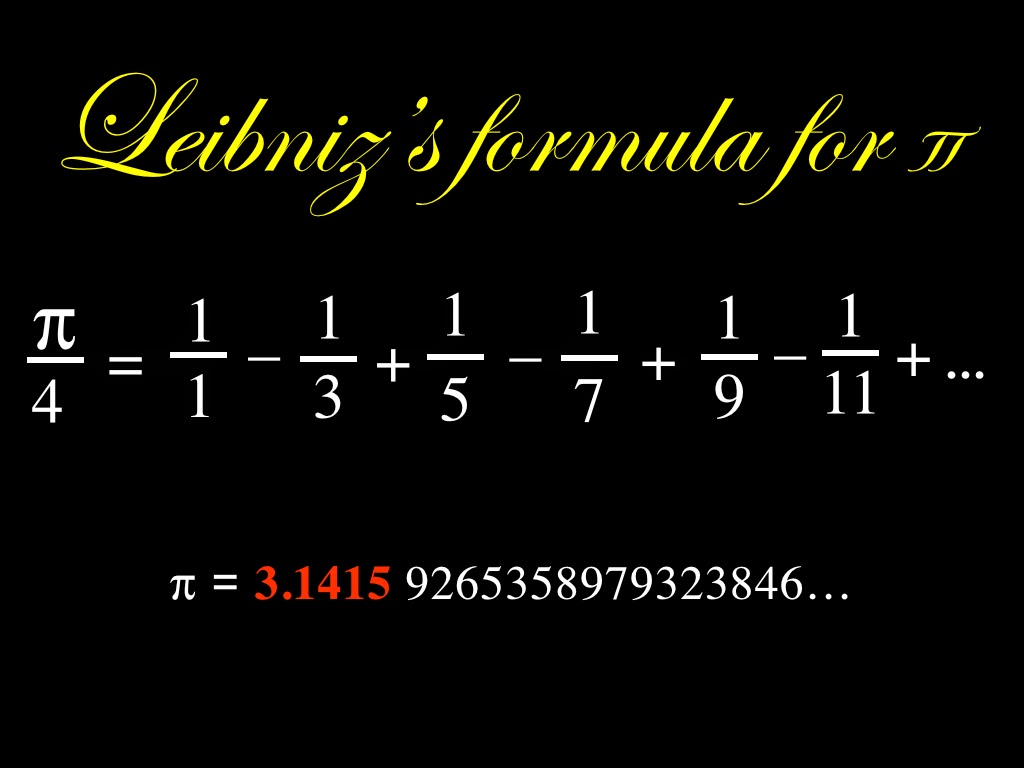 March 14 is Pi Day, the day in the year when we celebrate the world’s most famous mathematical constant.

Back in 1988, on March 14, a physicist called Larry Shaw organized the first Pi Day celebration at the Exploratorium in San Francisco, where he worked. It was meant to be just a one-off, fun event to get kids interested in math. Children were invited in to march around one of the Exploratorium’s circular rooms and end up eating fruit pies. But the idea took off, and ever since, March 14 has been Pi Day. Not just at the Exploratorium, but with celebratory events organized all across the United States, and in other parts of the world.

In case you haven’t twigged it, we celebrate Pi Day on March 14 because, in American date format, that day is 3.14, which is pi to two decimal places.

That degree of accuracy, by the way, is more than enough for practical purposes. If you use that value to calculate the circumference of the Earth, the answer will be accurate to within 1/4 inch.

Though we have known since the 18th Century that pi is irrational (indeed, transcendental, thereby demonstrating that you cannot square a circle), calculating approximate values of pi has a long history. In ancient times, Babylonians, Egyptians, Greeks, Indians, and Chinese mathematicians calculated the first three or four places, and found fraction approximations like 22/7 and 355/113.

In the 16th century, a German who presumably had a lot of time on his hands spent most of his life computing pi to 36 places, and a 19th century American went all the way to 707 places, but he mad a mistake after 527 places, so the last part of his answer was wrong.

In more recent times, computers have been used to compute pi to well over a trillion places, in part for sport, but also to test the accuracy of high speed supercomputers.

Of course, PI Day isn’t really just about pi, it’s an excuse to celebrate all of mathematics, and in particular stimulate interest in mathematics among children and young adults. You will find Pi Day events in schools and colleges, at science museums, and other venues. Teachers, instructors, and students organize all kinds of math-related events and competitions. The value of pi simply sets the date.

With this year’s special Century edition, some large organizations are putting on celebratory events, among them the Museum of Mathematics in New York City (details of the event here), the Computer History Museum just south of San Francisco (details here), and the NASA Space Center in Houston (see here). And at the big Teaching and Learning Conference in Washington D.C. this week, I’m hosting a Pi Celebration at 8:00AM on Saturday morning.

There are many other celebrations. Check to see what is going on in your area. If there is a large science or technology organization nearby, they may well be putting on a Pi Day event.

The media have been getting in on the act too. NPR will air one of my short Math Guy conversations with Weekend Edition host Scott Simon this Saturday morning, and today’s New York Times ran a substantial article about pi by their regular Numberplay contributor Garry Antonick.

Antonick led off with a short pi-related problem I provided him with, and in honor of the Pi Day of the Century, in place of the traditional photo of me at a blackboard, he picked an action shot of me cresting a mountain on a bicycle (pi motion if ever there were) in a Century (100 mile) ride back in 2013.

He could not resist bringing in the famous Euler Identity, linking the five most significant constants of mathematics, pi, e, i, 0, and 1. This has always been my favorite mathematical identity, and Antonick quotes from a magazine article I wrote about it a few years ago.

But truth be told, it is not my favorite pi fact. For the simple reason, it’s not really about pi, rather it is about multiplication and exponentiation. Pi gets in because both operations involve the number.

My favorite pi fact, ever since I first came across it as a teenager (one of several eye-opening moments that motivated me to become a mathematician), is Leibniz’s series (sometimes called Gregory’s series), which dates from the 17th century. You write down an endless addition sum that starts out 1/1, minus 1/3, plus 1/5, minus 1/7, plus 1/9, etc. All the reciprocals of the odd numbers, with alternating signs.

Since this sum goes on for ever, you can’t actually add it up term by term, but you can use mathematical techniques to determine the answer a different way. And that answer is pi/4.

What does pi have to do with adding the reciprocals of the odd numbers? As with Euler’s Identity, Leibniz’s series provides a glimpse of the deep structure of numbers and arithmetic that lies just beneath the surface.

The initial series ran in June, July-August, and September 2008. When the barrage of facts I referenced in the third of those posts failed to stem the flood of disbelieving reactions of readers, I ran a lengthy post in January 2011 trying to convey the truly deep (and powerful) structure of multiplication.

Still to little avail. Put repeated addition in the same bin as evolution by natural selection, climate change, and the Golden Ratio. For many people, no amount of facts can overturn a long held and cherished belief. It’s a common human trait – fortunately not a universal one, else we’d still be living in caves and mud huts. (A politician who says “I am not a scientist” is effectively saying “I don’t understand the difference between building my mansion and a mud hut.”)

Unfortunately, as a wordsmith, I did not, and do not, possess the skill to provide a really good explanation of multiplication. I had to resort to spinning a multi-faceted story based on scaling. Someone who does have what it takes to tell the story properly, using video, is Stanford mathematics and computer science senior undergraduate Grant Sanderson. His recent video on Euler’s Identity is the best explanation of addition and multiplication I have ever seen. Period. Antonick embeds it in his New York Times piece. It deserves widespread circulation.

The video actually goes on to discuss the exponential function, and then the Euler Identity, but I suspect many viewers will get lost at that point. The exponential function is pretty sophisticated. Much more so than addition and multiplication. In contrast, all it takes to understand those two staples of modern numerical life is to get beyond the ultimately misleading concepts many of us form in the first few years of our lives. Do that, and Sanderson’s video provides the rest.

NOTE: I did try song a few years ago, collaborating with a Santa Cruz choral group called Zambra. The result can be found here. There’s lots of pi stuff in those compositions. But it’s primarily musical interpretation of mathematics, not explanation. (For instance, check out our rendering of Leibniz’s series.)

Posted by Mathematical Association of America at 12:00 AM 1 comment: